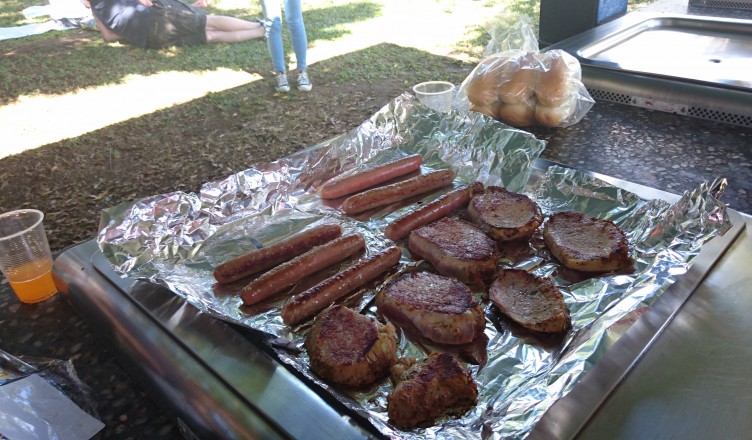 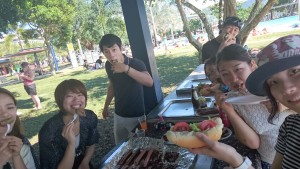 Last Sunday, I had a BBQ at the Lagoon with my classmates. We worried about the weather, but it was nice. We ate hot dogs and beef steaks and saw a nice view. One of my friends cut meat and vegetables, another took pictures and another grilled sausages and meat. Someone ate something secretly sometimes. The hot dog and steak were so delicious! We played volleyball and Frisbee. It was nice exercise. 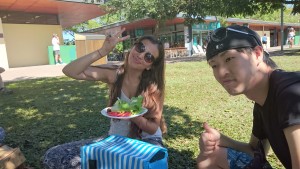 I think a BBQ is good for making friends and improving English skills because we talk a lot in English and we were able to learn about each other. I recommend it. We will BBQ this or next week again!