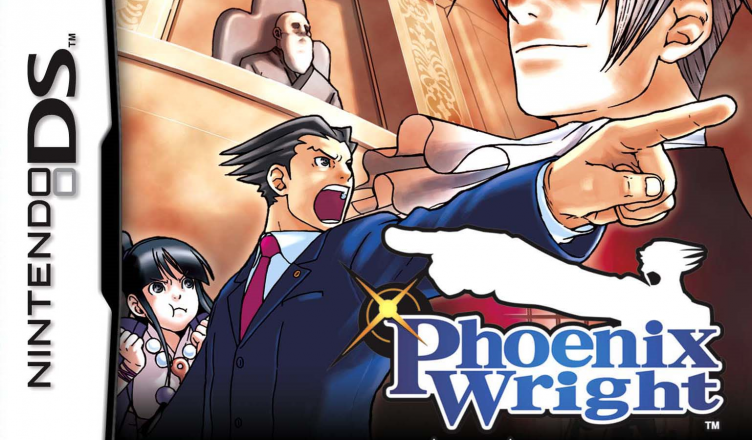 Gaming was always a big part of my life. It started with Tetris and Pokémon on the GameBoy. It was normal for me that every game I got from the store was in German. This held true until I was 14 and hunting for one particular game.

“Phoenix Wright Ace Attorney” is a “one of a kind” type of game. I heard a lot about it over the internet and caught the bug. Store after store I went to dismissed me and told me that they didn’t have it in their inventory. After multiple locations and a day of traveling around the city, there on the shelf it was. I grabbed the game, bought it and headed home.

I was so eager to try it out I never read the covers or the back. So when I booted the game up it hit me. English, the whole game is “only” available on an English language setting.

At first I thought:” Don’t worry you did English in school, you can do this.”

I was devastated at that moment. A game I could not experience because of my language limitations. That was a first.

So I packed it back up and brought it back to the store. After I explained it to them I even got the full refund for it. But I was so angry about it, that I didn’t want to have anything to do with that game for a long time.

That was until I was 18 and it crossed my path again.

“Ace Attorney Online” (or AAO for short) was a free online version of the game that you could play on the PC instead of the gameboy. It’s for free so I tested it. Nothing to lose I thought.

Oh boy did I get surprised.

Instead of playing against a game A.I., other “real” player takes their place and takes on their roles. And everyone speaks/writes in English.

It was rough at the start, and it certainly took a while for me to get used to it. But after using it daily and meeting new people from all over the world, who supported me and corrected my misspellings, my English started improving at a rapid pace. In both written and spoken form.

Now, four years later, I am not playing AAO anymore. But all the people I met in there are now some of my closest friends. We evolved and not only play games now. We have discussions and talk about stuff happening all over the world.

So thanks to that one “mistake” I made, I now have friends from England, Finland, Poland, the U.S.A. and many more places. And I am really happy about it.

One thought on “A mistake in English”