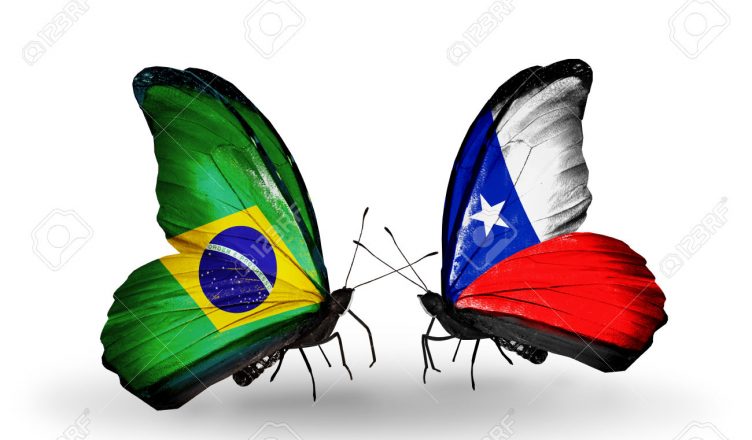 The capital of Brazil is Brasilia and the most important financial centre is Sao Paulo and it is also the city with the highest number of people, with almost 12 million inhabitants.

Brazil is a big exporter of grains, for example: coffee, wheat, soy, etc. as well as fruits, vegetables and meat.

The climate is similar to Australia, the North is hot all year and the South is cold during winter.

Brazil is a famous country also because of sports, soccer, volleyball and now surf.

Chile is a long country but no so big. Its estimated population is 18 million people.

The capital of Chile is Santiago, but it is only the business capital because a lot of export goods like copper and seafood are located in other regions.

Chile is not a tropical country but it has very defined seasons in a year: summer is too hot and winter is very cold. That will also depend on which region you are in.

We have one of the most wonderful islands in the world: Easter Island and its Moais (giant statues).

The celebrations in Chile are national holidays, for example when we celebrate our Independence Day with rodeos, ramadas and Military Parades. The typical food is a mixture of the indigenous traditional food and Spanish cuisine, customs and culinary habits.

Chile is famous also because of their soccer team, volleyball MMA fights and surf, thanks to its extended coastline.

2 thoughts on “Compare Brazil and Chile”