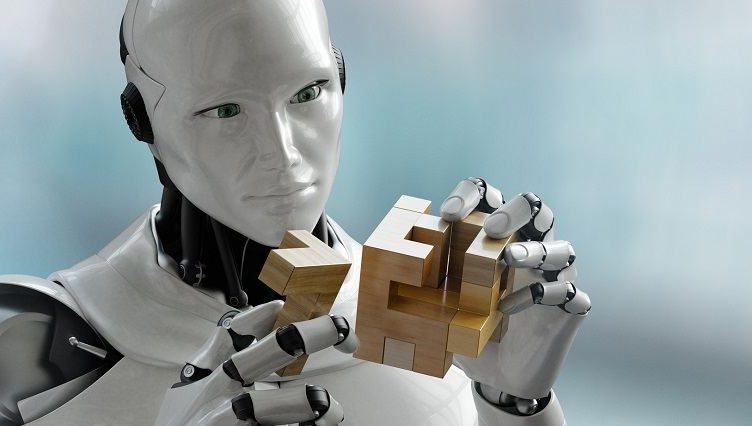 Or, maybe let me rephrase my question:  Where does the word “robot” come from? Is it British, Japanese, Latin, Chinese? I’m sure you will get really surprised.

I was inspired to write this blog post as while we were learning about the future tenses and predictions, I read the sentence about robots in the future. This word “robot“ is used in every language and it’s easy to pronounce and remember. When you say this word, you can actually be speaking Czech, Slovakian or any Slavic language.

So, are you ready to hear the story?

Karel was a very talented visionary who in his novels and plays predicted a lot of things that were or are still true. We can compare him with another writer and visionary, Julies Verne.

When and where was the word “robot” used for the first time?  Karel wrote a theatre play “R.U.R.” Iťs story about a scientist who invented a being with artificial intelligence which replaced the people in all kinds of work. The official name of these artificial people was R.U.R. – Rossum’s Universal Robots or just robots. 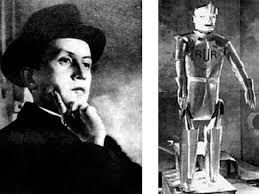 The robots were getting better and better and even looked more and more similar to humans. Only their speech was somewhat monotonous and they had no emotions. The world changed as there were no children because the women became infertile. As if nature wanted to punish the people… The people started to abuse the robots.  They sent them to fight wars as soldiers and to kill other people.

Little by little, the people became quite lazy – lazy to work and also lazy to think. One day the robots became perfect and they realised that they were better than people and found the humans useless. They no more wanted to serve them and started killing them. Very soon the robots got organised and the war against the people began.

How did the story end? Did the author give people any chance? Read the play; it is short and was translated into more than 40 languages. You can find the audio book or the theatre play in English on You Tube. It is really easy to understand. 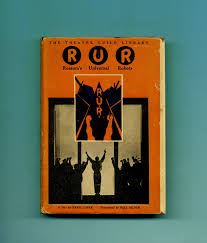 So what does the “robot“mean? In the Czech language it is used for the involuntary work for the others. It was used in the period of feudalism when small farmers had to work on the fields for lords who were mostly land owners. They worked there many days a week.  In the Slovakian language there is a word “robota” used till today which actually means “work”. A labourer working in the factory is “robotnik “and he goes to “robota “every day.

At first Capek wanted call the robots “labori” which means the labourers. But his brother Josef, a painter and also writer (he wrote beautiful fairy tales with his own illustrations) said to him “just call them ‘roboti’“ which means robots in plural.  And so were the robots born.

Capek died short before the World War II and occupation of Czechoslovakia started in December 1938. He wrote many other plays with his predictions.

In his novel “Krakatit”  (named after the Krakatoa volcano) written in 1922 he wrote about abusing the new energy as a weapon in the war.

The “White Disease” (“ Bila Nemoc “ in Czech, 1937) is a play at a time of increasing threat from Nazi Germany to Czechoslovakia. The story is about a strange disease similar to leprosy, about a pacifistic doctor who developed a cure for the disease and a fanatic dictator who was agitating his nation for the war. One day the dictator himself got ill…

“People should be a little loony, Helena. That’s the best thing about them.“