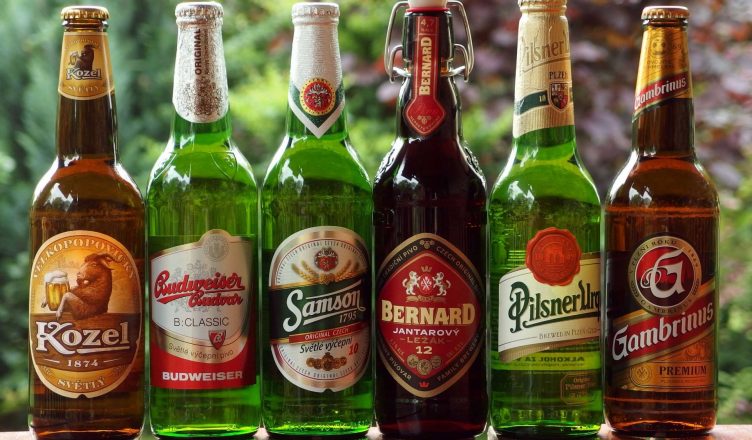 A short history of beer

Beer is one of the oldest fermented beverages prepared by humans. Based on the chemical study of an ancient pottery jar, scientists established that beer was first produced about 7,000 years ago, probably in ancient Egypt or Mesopotamia. 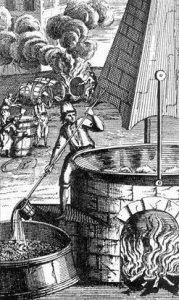 The history of beer in the Bohemian area

Before the beginning of the Bohemian era, the Celts produced fermented beverages, but drinks made from hops came from the time when the first Slavs came to the Bohemian area. The Bohemian territory had ideal conditions for growing hops.  Hops need to grow in a red clay in the area around today’s town Žatec which offers the best agricultural conditions.

Hops were grown in the Bohemian area in the year 859 AD and the King Václav declared death penalty for everybody who exported any hops out of the country.

Břevnov monastery in Prague, the oldest Czech brewery, dates back to the 10th century. The beer records mention the bishop Vojtěch who forbade the monks to brew beer because they drank a lot of it and didn’t care about the people.

You can find the first records about beer brewing in The Foundation Charter of the Vyšehrad Chapter from the year 1088 AD. 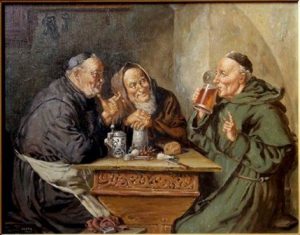 Beer production flourished in the 12th century. Everyone everywhere in Bohemia was able to brew beer at home. Beer extract was part of Czech cuisine. Beer wasn’t only a drink, but people used it in soaps, porridges and sauces. In addition, beer was usually made by women.

The Middle Ages of beer brewing were rich in information.  I could write an extensive blog post about the Czech beer history only but for now let’s leap to the year 1842, to a town called Plzeň where the typical Czech light lager was born in the new founded brewery. Now Pilsner has become one of the most famous beers in the world. 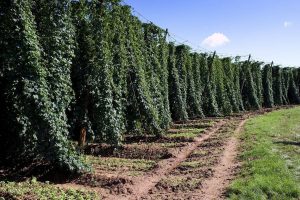 A Bavarian brewer Josef Groll invented the beer prototype of bottom fermented beer. The special ingredients like Czech Žatec hops, Pilsner water and lighter malt made from the beverage produced the best beer at the time. The technology of Pilsner beer production was expanded to breweries in the whole of the Bohemian and Moravian lands and, after that, in the whole world.

Before World War I there were more than 700 breweries in Bohemia and Moravia with 63 breweries in Prague itself.

In 1924 the Union of Small and Medium Breweries in Czechoslovakia was founded. This association began publishing the beer newspaper called “Pivovarský obzor”.

During World War II, a lot of breweries were destroyed. After the war, the breweries were nationalized for a long time of over 40 years. The investing of money to develop breweries, improve beer quality, technology and equipment as well as innovation of beer production was stopped in the socialism period.

The situation in the Czech Republic changed after the year 1989. When a lot of old breweries closed down, new breweries were founded, and some breweries were developed by new owners.

The basic ingredients of beer are water, malted barley, a brewer’s yeast and hops. 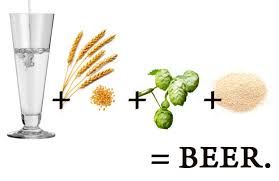 Czech beer is generally more fragrant and more potent than foreign beers, which can be proved in the chemical analysis of the beers. Czech beer has a slightly darker colour and richer foam. A major difference from other types of beer is the presence of so-called unpaved extract, carbohydrate ingredients, that add fullness to beer. Stronger bitter intensity supports the digestion process and is a source of stimulus for further drinking. 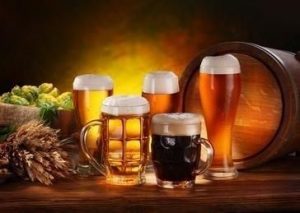 Czech beer is unique due to the use of high-quality raw materials coming from well-defined areas, classical technology and the production process, the Czech brewers’ masters gained by studying at Czech Brewery Schools and brewing tradition in the Czech Lands.

Czech beer is a protected geographical indication of the European Union whose purpose is to preserve the good name and quality of beer produced in the Czech Republic.

Beer figures in the Czech Republic

The Czech Republic has the largest number of breweries per capita!!!

Beer consumption per person (children, adult, old people) per year is 143 l of beer, the biggest consumption in the world. 😊

Beer is divided into several different aspects, of which the most important are: degree, colour and beer style.

By the colour you can try light, semi-dark and dark or cut (mixed) beers.

Beer style is also categorized by fermentation. There is a wide range of kinds of beer from top fermented beer, bottom fermented beer (lagers), wheat beer to specials like Ale, IPA and more. 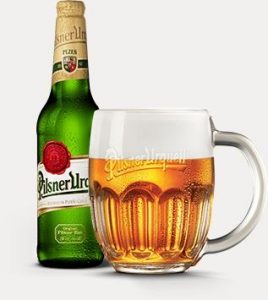 The 5 biggest breweries in the Czech Republic 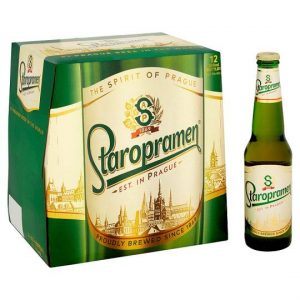 (You can buy Budvar Czech Premium Lager 0.33 l at Dan Murphy’s Smithfield store – the price is $ 4.5 per bottle)

Except for large breweries, a lot of small breweries, called mini-breweries, exist in the Czech Republic.

Minibreweries are special breweries with the beer production up to 10,000 hl per year and according to the estimates, one brewery is established each week. These days we have about 400 mini-breweries in the Czech Republic. You can try unique beers due the special preparation and ingredients that the owners of a particular brewery use. In 2011 the Czech-Moravian Brewery Association was established, which helps the mini-breweries with the law, marketing, development and not least education. 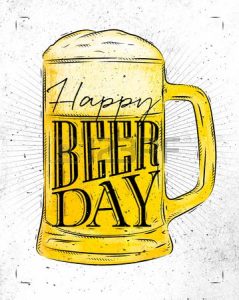 When I decided to write something about Czech beer brewing, I didn’t know how much information this field really offers. From history, about beer brewing, explaining of the wide range of the beers technical procedures, natural ingredients, and more… I hope that I have provided to you a short outlook of the Czech beers tour. I think that each field of beer and different breweries could have some special blog posts.

Thank you for your interest.
Kate, Intermediate A

2 thoughts on “The best beer comes from the Czech Republic!”