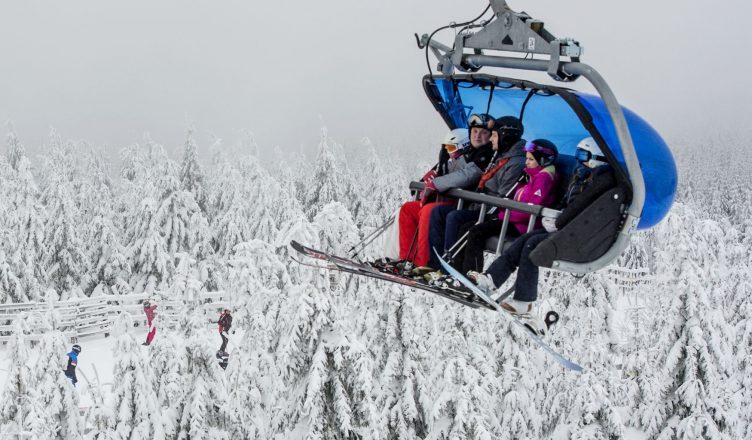 My name is Kate and I am here again! 😊 Because I am a big fan of skiing and because my country is not a prominent ski country like Austria or Switzerland, I decided to introduce the history of skiing in the Czech Republic, our famous skiers and excellent skiing resorts in my country.

How it all began…

The first information about skis and skiing came from the paintings from Norway or Sweden and is dated to 4500 years ago. The new view of skiing came from the 19th century, when the Norwegian Sondre Norheim founded the first prototype of ski bindings and the skiers could veer downhill. The first name of this kind of skiing was a ‘telemark.’

It has developed into Alpine skiing, snowboarding and ski flying, which came later and as a result we now have a lot of ski sport disciplines. 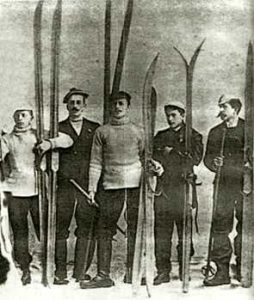 And how it began in my country…

It is interesting that the first skis in Bohemia appeared not in the mountains but right in the capital city of Prague. A Prague businessman, Josef Rössler Ořovský, brought the skis from Norway and tried them in Stromovka Park. Moreover, he was the first man who went skiing downhill Vaclavske Square in the city centre. It was the year 1887. In repeated 1903, the same man founded the first ski association in the Czech Kingdom and the first ski association in the world. Besides, Josef Rössler Ořovský belongs to the founding members of the International Ski Federation (FIS). 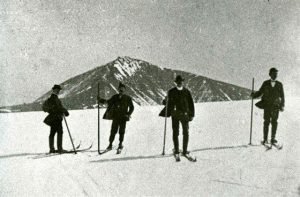 Five years later another businessman, Lord Jan Harrach, living in the Krkonose mountains brought the skis for his employees to make their work easier in the mountainous terrain.

The Czech interest and sports enthusiasm prompted a quick development in ski production with many companies producing skis being set up.

The Czech Republic offers a lot of places where you can try skiing. Based on the information from the portal Kudyznudy.cz (managed by a Czech tourist company), here are some more popular ski areas and resorts: 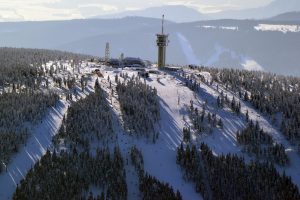 The biggest ski area is Klinovec in Krusne hory in the west of the Czech Republic. Due to connecting the two ski resorts (one on the Czech side and the other one on the German side), you can visit the InterSkiregion Fichtelberg-Klinovec with 33 km of ski slopes, a complimentary ski bus, a lot of accommodation choices and restaurants, amenities such as ski schools, ski rentals and more ski equipment and accessories. 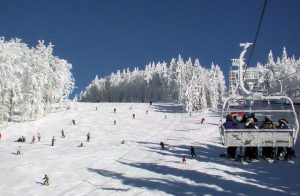 The most interesting family friendly ski resort is Lipno in the south of the Czech Republic. Lipno is perfect for young families and offers a lot of winter sports possibilities like skiing (12 km of ski slopes), cross-country skiing (40 km of prepared paths), and ice skating on the frost-bound Lake Lipno (11 km), Snow Park, Fun Park and more. In this resort children can enjoy a wide range of animation programs or choose from a variety of ski schools. Attractive accommodation options and high-quality restaurants are available to the skiers. 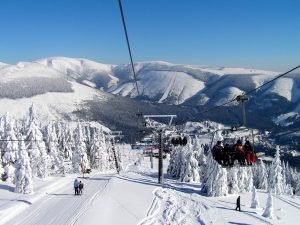 Spindleruv Mlyn in Krkonose in the North of the Czech Republic is one of the most famous ski resorts. You can try there more than 25 km ski slopes, U-ramp, snow parks, children parks and more. For the cross-country skiers more than 85 km of paths await in this area. They can also use “the Krkonose magistrala” (ski highway) with the lenght of 520 km of paths. This resort is comparable with some Alpine ski areas in Europe. 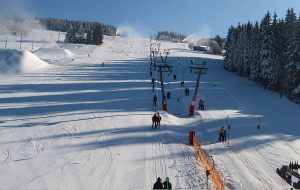 In the vicinity of Spindleruv Mlyn in the same Krkonose mountains another popular resort called Pec pod Snezkou is located. The position of this place allows offers the combined skiing pistes with the Cerna hora resort creating very nice and interesting skiing area with 43 km of ski slopes. Moreover, the resort offers a new attraction for all skiers Funline park with many tunnels, obstacles, and incline curves for increased fun. 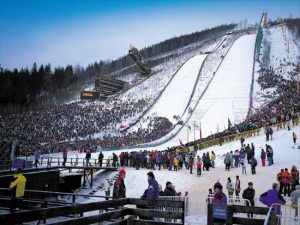 The ski resort Harrachov belongs to the nicest skiing places in the Czech Republic with the Cerna hora area where you can find the best 80 m wide carving slope. The railway to the mountain Cerna hora is open the whole year and the view from the peak is an unforgettable experience.

In the winter season tourists can visit the snow castle, the biggest one in the Czech Republic built yearly and open from January to March. Children can go back in time to the middle ages and enjoy different knight games. 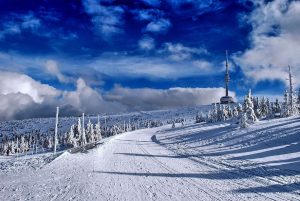 The ski resort Praded in the Beskydy mountains is the highest place where you can ski. At the height of about 1,500 m above sea level, you can enjoy the best ski conditions in my country. Praded has a nickname of “the Moravian glacier.”.A 162-metre high TV tower offering a spectacular lookout is located on the top of Praded. Near of this resort you can visit a spa called Karlovy lazne with the clearest air in the middle of Europe, a large number of waterfalls, nature reserves, and more intact natural treasures.

In the Czech Republic, there are more than 400 ski resorts ranging from more famous mountains resorts to small private slopes surrounding the towns. I described only a few ski resorts in this article.

If you are a fan of skiing, you can find so many attractive places in my country, and choose from an interesting accommodation offer  and a wide range of entertainment. My country might not have the Alps, but I promise you that visiting the Czech mountains will be as enjoyable as visiting the Alps.

One thought on “Enjoy skiing in the Czech Republic”