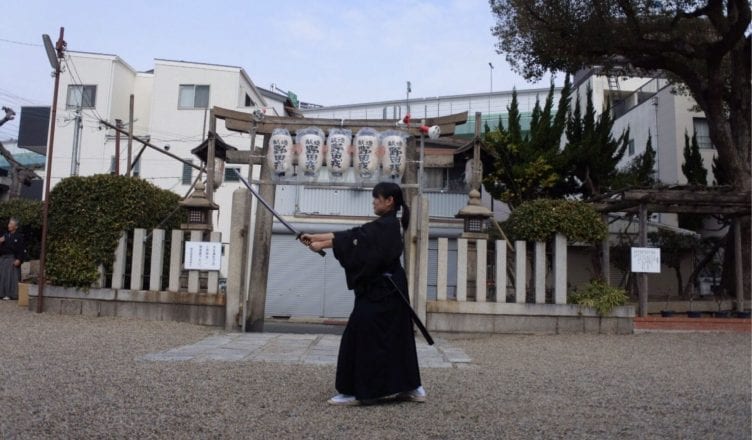 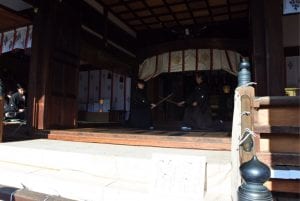 Do you know iaijutsu? It’s not kendo or aikido. This is a traditional martial art which uses a sword. Iaijutsu is also called batto-jutsu. It started about 400 years in the Edo period. In that era, people were equipped with weapons. However, it doesn’t authorize it because it isn’t necessary for Japan now. It’s now loved by many people as traditional martial arts but the number of successors is decreasing. Old people will retire, but young people aren’t interested and won’t participate in it. I wasn’t particularly interested in it either but I changed my mind after watching iaijutsu event.  The iaijutsu event was held in the neighbourhood. After I saw their iaijutsu, I thought they looked cool because they were proud of it. Then I also wanted to participate and watch it. 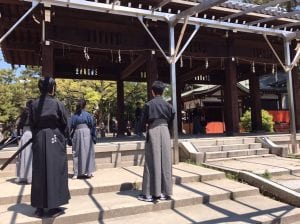 I have been learning iaijutsu since I was a university student. One day I found a dojo practising it, and so I watched. I applied to the teacher. He was surprised for the first time because he didn’t think that a young girl 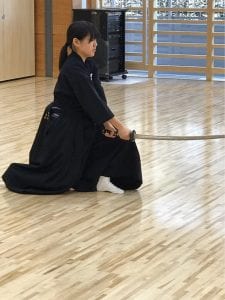 would come to learn it. He allowed me to begin but practice was strict. The sword was heavy and it couldn’t swing well. The teacher advised me that I should practise hard. I got blisters on my hands but he was strict with me. One day he told me, “You’re my first disciple so I’ll teach you all the skills. I want you to spread this tradition and that’s why I’m tough on you.”  I was very happy hearing his  words. From that day I started to practise hard every day. It’s difficult, but fun.

I occasionally participate in the events in Japan because I want many people to know even a little bit. Don’t forget this important Japanese tradition. In order to for more people to get to know iaijutsu more, and to keep the tradition alive, I’ll try hard so that I can pass it on to the next generation.

2 thoughts on “Iaijutsu: a Japanese tradition”