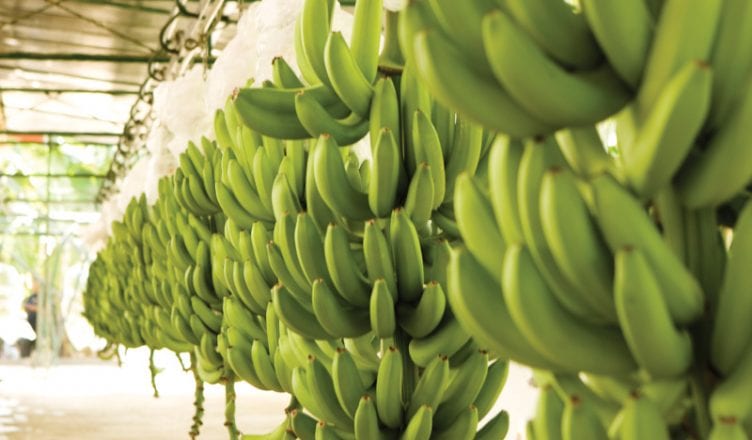 I worked on a strawberry farm and banana farm last year, because I had expected the Australian government to change the law for the second working holiday visa. However, I couldn’t complete my work of 88 days on a farm, so I gave up getting the second working holiday visa which Japanese under 30 years old could get, because I was already over 30 years old.

I moved from Cairns to my farm accommodation. I arrived at my accommodation at Caloundra Backpackers at 11:00 p.m. I waited for a farm staff member for 4 hours at Brisbane airport, because the worker had forgotten to pick me up. I was really worried whether or not he would come to the airport. Actually I didn’t want to stay at the backpackers because a lot of backpackers aren’t clean. My backpackers was not too bad as it wasn’t so messy, but my room was really small. The room key looked like a toy, and if someone opened the door, they would see everything in my room. The room could sleep max 4 people maximum on bunk beds, including me.

I worked for about 5 weeks on the strawberry farm. I was hired by a Korean contractor, but he was young and turned out to be a bad boss. The owner of the farm was Aussie or European, I couldn’t remember exactly.

lifetime supplied at Beer wah and the Glass House Mountains which is not so far from Caboolture, so I hate strawberries after last year. Haha!

I rode on a trolley on sunny and rainy days, sometimes the roads on the farm were sloping and the trolleys were in a bad condition. On top of that the wage and commission system was not fair. I had to carry many cases of strawberries for the boss to check how many strawberries I had picked. So we made a long queue and if you dropped down a case, it would become rubbish, so therefore not included in the summary.

My lower back was in pain and got many bruises on my thighs.

The boss was really crazy because he was often kind to the girls, but he was strict to the boys.  He liked hard workers who followed him. My co-worker, a Japanese boy, said “My lower back is in a lot of pain.” The boss said “You can still pick up strawberries, because you can control your mind!” What a ridiculous reply!!

I thought that the boss still had a soldier spirit. He suddenly shouted at the workers and got furious. He was dominant, so I was rather terrified. 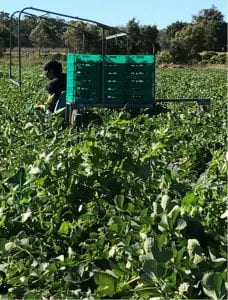 While was working there, a lot of people got into trouble with the boss and then left the farm. The workers were Asian and almost all Japanese. One day, a few European workers joined our job, but they left it a few days later.

I looked up another farm and then my friend mentioned a banana farm at Mareeba, so I went back to Cairns. I reserved an airplane ticket, but my booking day it was a day late, so said “You didn’t get the job because we already got another worker”, so I lost my job. Actually I found another one, but I already turned that one down and I booked my flight to Cairns I felt lost. 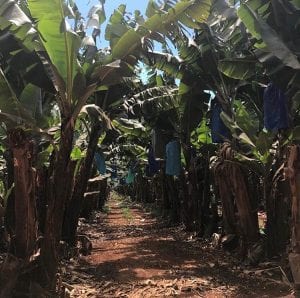 Anyway I went back to Cairns. I cured my lower back and waited to start my next job in Cairns. 3 weeks later, I got work again, so I went to the banana farm. At the same time some young Fijian people started work. A girl could speak English fluently and easily understand English and was able to pack bananas so fast. The Manager compared me to her. I was fired 2 days after having worked for just 11 hours. My English skills were bad and my farm manager’s English was a real QLD English so I couldn’t understand what he said that even when was fired and I wasn’t quick enough packing the bananas. The name of the farm was ‘Angel farm’ but I thought “It isn’t Angel to me.”

Before banana farm work I’d broken up with my boyfriend and my lower back was still painful, so my life was in hell as well. I didn’t want to wait for another job in Mareeba. So I went back to Cairns again.

I gave up the idea of a farm job and just cured my lower back together with my heart for about 3 months in Cairns.

I think if you want to work on a farm, you must collect a lot of information about many job places before. Actually many Japanese talk about farm jobs on Facebook, but you don’t have to believe them even if they’re Japanese, because they want to get a commission, and they often made excuses. It’s a shame.

The farm work didn’t live up to my expectations. My experience could have been funny, and not so bad, though a lot of people had worse experiences, so be warned.

One thought on “My farm life in Australia”