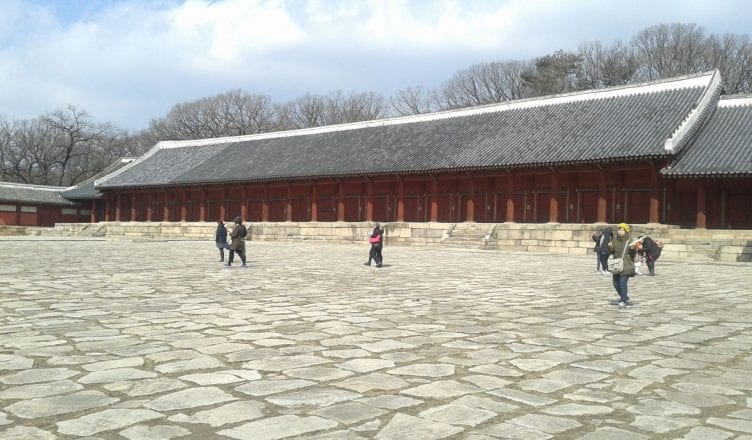 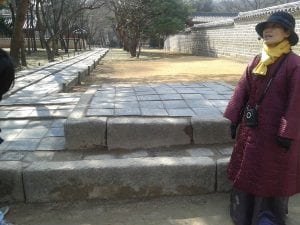 It is “Jong-myo” Shrine. To be exact, Jong-myo is the world’s longest ‘single wooden’ building, and its length measures 109 meters.

I went to Jong-myo in February 2015. At that time, a guide dressed in han-bok (traditional Korean clothes) and told me about the history of the place. 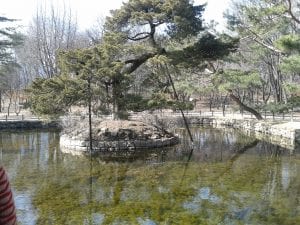 As soon as I entered Jong-myo, I saw a small pond. The pond was square, and there was a round island with the juniper inside. There were no fish or plants in the pond because Jong-myo is a place to honor the dead. Also, the juniper is the tree that makes incense for the ancestral rites, which actually reminded me that I was at a shrine.

The building which houses kings’ and their queen memorial tablets were beyond there. It is the longest wooden building in the world but it wasn’t that long from the start. It was rebuilt in 1608, then expanded three times. I could see the extension when I saw its roof. Still, it couldn’t keep all the kings’ and queens memorial tablets, so some were kept in the building beyond it.

“Jong-myo Jerye-ak(The Royal Ancestral Ritual in the Jongmyo Shrine and its Music)” often plays in Jong-myo on a particular day. I wanted to listen to it, but I felt sorry that I couldn’t when I visited the place. If given a chance, I would like to listen to it there. Shall you go with me?

Tip : If you want to look around Jong-myo by yourself, you should go there every Saturday (Not free) or the last Wednesday of every month (Free).

One thought on “The longest wooden building in the world”