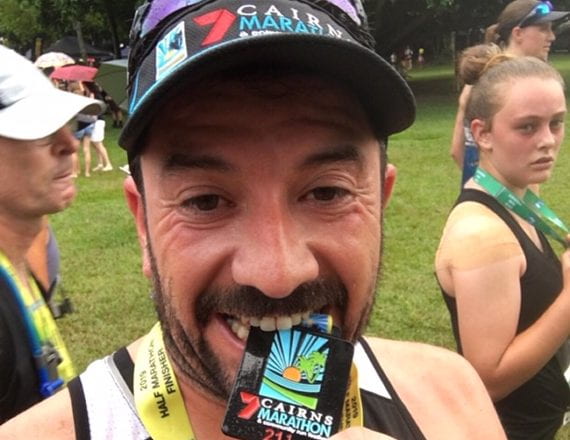 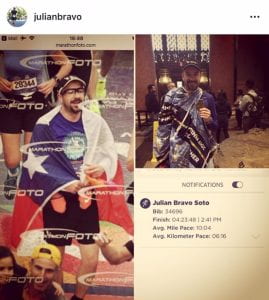 When I started running five years ago, I never thought I would get to know different places. In the beginning was only to support one of my students but after a month it became my passion.

I practise this activity at least three times a week improving my distance, time and the general health of my body. So each year with my partner we plan a trip to some place where I can run. The first trip was to New York. It’s was in November 2017 when I ran my third Marathon. I had run it three times before in Chile but it’s was my first in the USA.

It was one of the most beautiful races in the world because of the support the city gave to the runners. An awesome experience!! 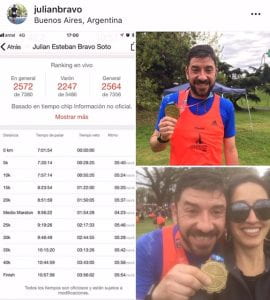 Last year I had the opportunity of running another Marathon overseas in Buenos Aires, Argentina. Along with this new chance I was also able to break my own record crossing the finish line in 3 hours 56 minutes. I reached a new goal!

On April 28th the streets of Cairns were my new stage. Sheridan Street, Lily Street, Botanic Gardens and obviously the Esplanade were a part of my tenth Half Marathon.

Hard weather conditions accompanied us during the day with heavy rain, humidity and wind. The sun appeared a bit throughout the race.

I had been running for about three months in preparation for the half marathon but all the plans fell through. The race was tough and I finally completed it in 1 hour 55 minutes, far off my desired goal.

Now I’m preparing a new Marathon in my country near the sea in Vina del Mar. I’m hopeful that I’ll be able to improve my personal record.

One thought on “Sports Tourism”