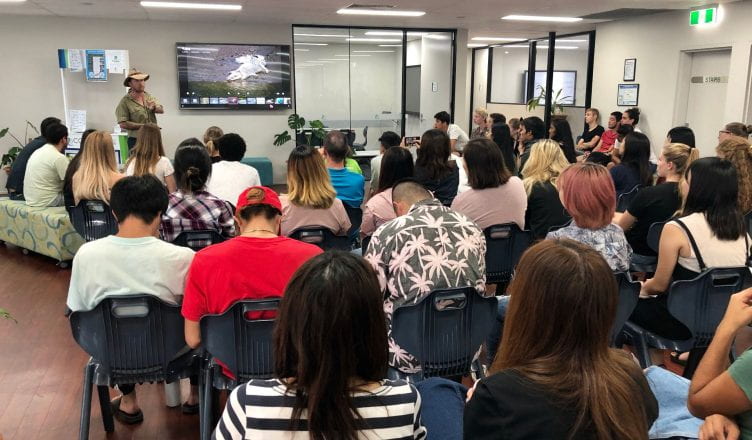 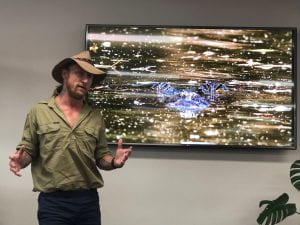 Damian Duffy aka Wildman visited our college this week. Here’s what some Intermediate Class students had to say about his presentation.

His talk was very interesting for me because he talked about how wild animals can be dangerous. I could feel his big love to wild animals. He said crocodiles can get really big reaching about 6m in size and they are very strong. However, for me he seemed to be very keen to talk about how cool they are. In addition, he talked about venomous snakes like King Brown and Western Brown, and he also said if you see snakes, please move slowly and do not panic to make them angry and scared. I was impressed by it because I recognized how important it is what we choose to do for wild animals. I think the earth is not just for us humans, so we all have to keep thinking about animals including wild animals in Australia and choose what to do for the earth and for them. 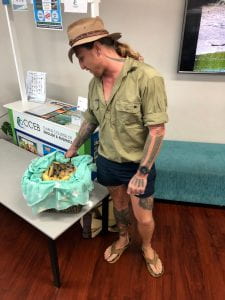 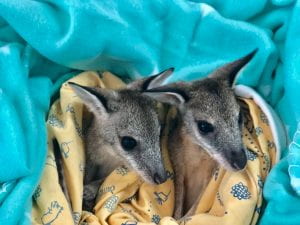 ・He has captured lots of animals in his photos since he was kid.

・Taking photos of animals has put him in a good position. Because of that he has been traveling to lots of places like the Philippines, South America and so on.

・Crocodiles are the most dangerous animals in Australia. They can be 6m long! They can eat sharks. If you see a croc warning sign at the edge of the water, don’t go into the water. Some Australians have died because they were drunk and swam there. If you want to see crocs, go to the Daintree river.

・The big, white and black birds “jabirus” are clever. They target fishes above water, then capture them easily .

・Carrowaries only live in Australia, PNG and the Philippines. Their running speed is 50km/hour!

・Emus are idiots. They are disaster to farmers. They are hated by them. In the history, the Australian government had a war with emus but the birds won!

・When you see snakes, go backwards slowly. If you get accidentally bitten by a snake, press the wound or wrap it with a bandage. All snakes can swim. Even though some of them live on trees or in dirt.