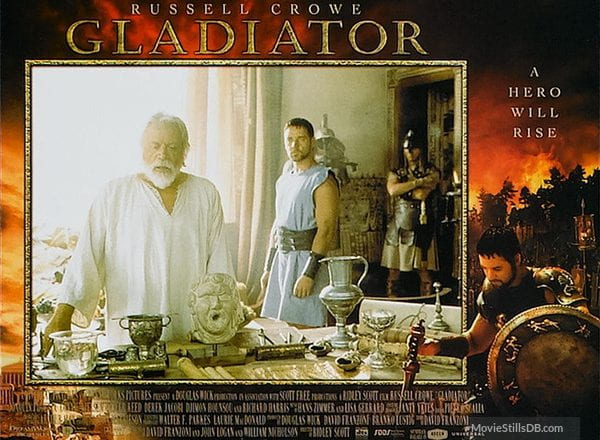 My book is called GLADIATOR. The author of the book is Dewey Gram. The book is based on the screenplay by David Franoni, John Logan and Willian Nicholson. It is set in Ancient Rome. The main character is General Maximus. He was a commander of the Roman Army. He had a wife and a son, but they were killed by the emperor. That is why Maximus tried to revenge them. This is a story about revenging from his sadness and painfulness.

Rome had an extremely big problem which was a change of the emperor. Maximus’s family died leaving him. He was absolutely depressed and desiring revenge. Therefore, he tried to kill the emperor. I can not tell you because I want you to read the book. I think it might make you excited.

To sum up, I really liked the book because it was absolutely gripping. I think you should read it, too.