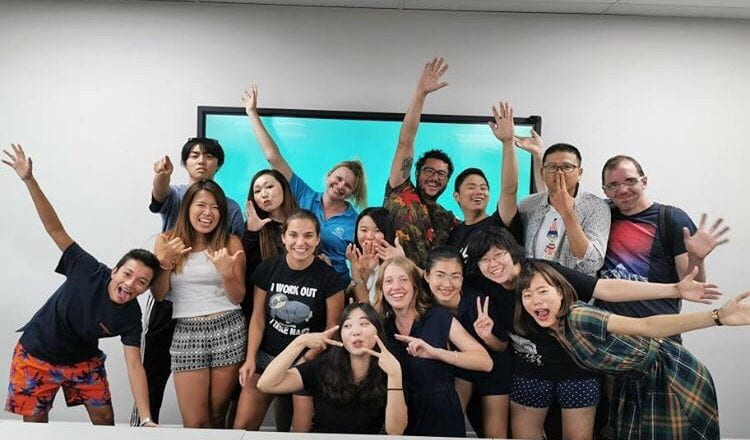 Until when I was a high school student, I didn’t like English. English classes in my school were boring, and some teachers were helpless. In addition, I felt reluctant to speak in English because I was nervous to speak English like native speakers and scared of making mistakes. But one English teacher called Katosen changed my mind. He taught me why we had to study English. 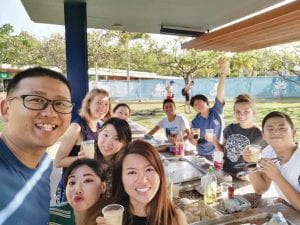 According to some data, at least twenty percent people in the world use English today. He told me that the most important thing for us was to know many things and accept many cultures, and English was effective to do so. He influenced me a lot, and that was my first time to think I wanted to be an English teacher. In the university in Japan, I learned about the current situation of English education in Japan and how to teach English effectively.

I competed with my rivals a lot. And I decided to come here to be a better English speaker, find out about different English teaching methods and get to know many cultures. All of my classmates influenced me. For example, my friend Michel said to me that she didn’t like Japan because many Japanese tended to have prejudice. I realized how important it was for us to evaluate our own countries objectively. And many students from different countries try to speak English actively even if the grammar is not correct. I think many Japanese tend not to be good at speaking English because they are scared of making mistakes. I think we have to learn their attitudes to speaking English. And thanks to Justyna, I experienced many English teaching methods and learned about many cultures. After graduation, I’ll hang on to studying hard. From next year, I decided to work at a theme park in Japan. There are many guests from many countries. So I want to be a better English speaker, and I want learn more languages like Spanish and Chinese. Based on it and my experiences in CCEB, I’ll go to school and be a good English teacher, and a good man. 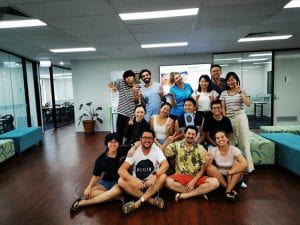 I’ve studied for just 6 months in CCEB. But I learned a lot of vocabulary and grammar, got to know many cultures, and made many friends. It is very precious for me. 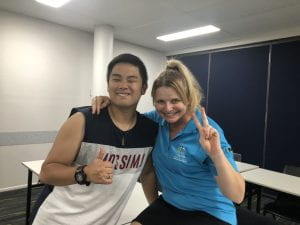 To all of my classmates: Coco, Anna, Veronika, Michel, Adrian, Raphael, Sakura, Filip, Nam, Darren, Marie, Yukari, Natsumi, Armiche, Ivy, Kana – you all influenced me a lot. I’m very happy to meet you. I’ll never forget you and I hope we can see each other again in the future. I love you guys.

To the great and no ordinary teacher, Justyna;
I want to say thanks to you for everything. Actually, before I came here, I thought it was ok for me to keep working for the company and not to become a teacher. But thanks to you, my passion for English education started to burn again. Someday I’ll be a great teacher like you.