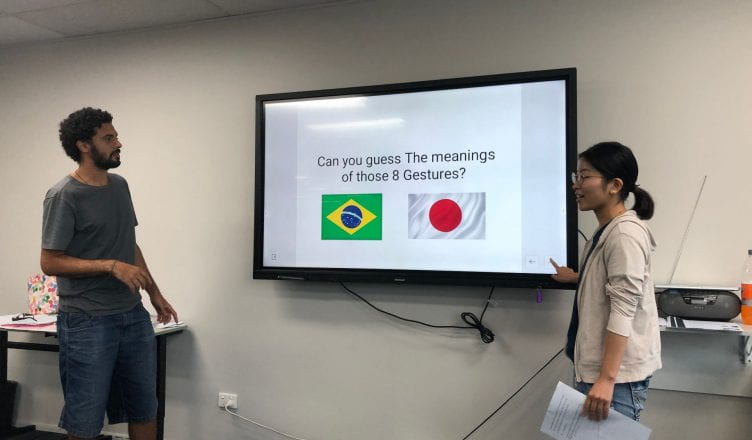 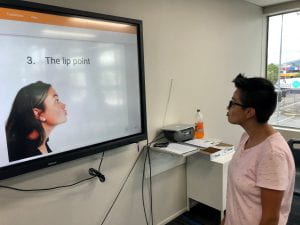 Some time ago my multi-national Intermediate class were to prepare a presentation on body language, which turned out to be a really entertaining task. I thought it would make a great blog post, so I recorded my students’ presentations. Here’s some hilarious footage from that day.

First off, do you have any idea what Michelle from Colombia is doing in the picture on the right? Well, she’s pouting her lips in order to point to something. Yes, you heard me right! In some countries it’s not hands or fingers people use to point out the direction but lips! As we found out, the gesture is common in the Philippines as well. 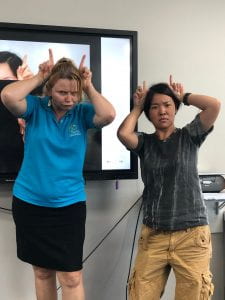 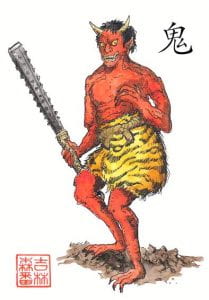 Tomoko from Japan taught the class this gesture (see photo on the left). What’s going on here? Hmmm… Both Tomoko and myself appear really angry with our index fingers pointing upwards. As it turns out, the gesture is based on a Japanese demon Oni (see photo on the right). Neither Tomoko nor me have horns but can you see the resemblance? lol And yes, the gesture means ‘anger.’

Next we move to Taiwan. What Maggie (in the photo on the left) is demonstrating a gesture which is quite common among kids and means “I don’t care what you’re saying! Bye!” Ha ha, super funny! On the right side is Adrian from Argentina presenting the same gesture from his culture.

It was really funny to watch Raphael from Brazil talk about a very common gesture used to make people hurry up. In the video he shares with us how he uses it every time his wife is running late 😉

On the left you can see Adrian from Argentina demonstrating another funny gesture from his home country. What he’s saying is “Careful! I’m watching you!”

It’s certainly great fun teaching a mixed class as you can see! At CCEB we have a good mix of nationalities which naturally makes lessons really interesting as you get to know other cultures.

One thought on “How good are you at reading international body language?”