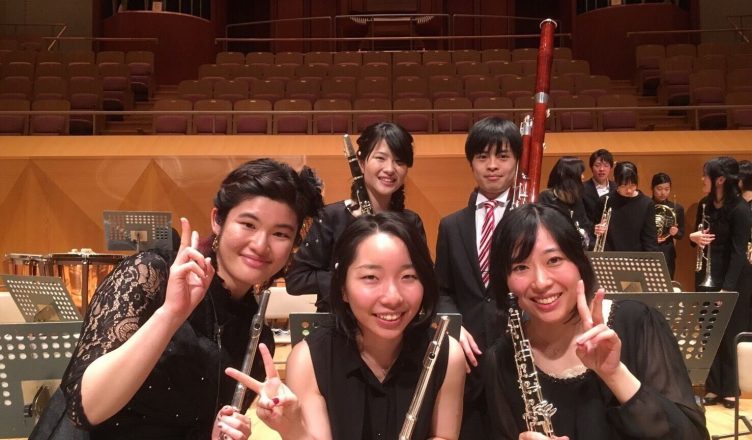 My hobby is playing the flute. I have been playing it for 10 years. I play the piano and Japanese drums as well. Therefore, I think the thing that influences my life the most thing is definitely music.

When I was a child, I started learning many things as I was attracted by almost everything. My weekly routine was so busy. On Monday it was playing the Japanese drums, on Tuesday going to a cram school and learning English, on Wednesday dancing, on Thursday playing the piano, on Friday learning how to do a Japanese traditional tea ceremony, on Saturday playing the flute and tennis, and finally only Sunday was free, haha! Then, just before entering the junior high school, I decided to choose to keep doing a few of the things only because obviously my schedule would have been too hectic if I had continued everything. Moreover, the reason why I chose to continue to play the musical instruments was my family background. Everyone in my family can play at least one musical instrument. Furthermore, not only did I listen to classical music, but also to pop music, country music and so on. In my daily life, music always surrounded me, that’s why I chose musical hobbies and joined a brass band club.

It’s the flute which influences my life the most though. Honestly, the reason why I decided to play the flute was simple. When my father asked me which musical instrument I wanted to play, I didn’t have a clue. No sooner did I try to say something than he said “There is a flute at home actually…” My immediate response was “OK, I want to play the flute!”. So, I sometimes wanted to play other instruments, especially trumpet and saxophone. However, after a while my passion for playing the flute won. The big decision whether continue it or not came before I entered university. I had already been playing it for 7 years and I was quite satisfied with. But god sent me an opportunity, haha!  One day my senior fellow student who was already in the university orchestra club called me and asked me to join a concert because they needed one more flute player for the gig. I slept on it overnight and decided to join them due to the fact that I thought it was destiny. And the concert was amazing! I’ve never forget the day. The moment which I was playing on a big stage surrounded a lot of sounds was a breathtaking experience. 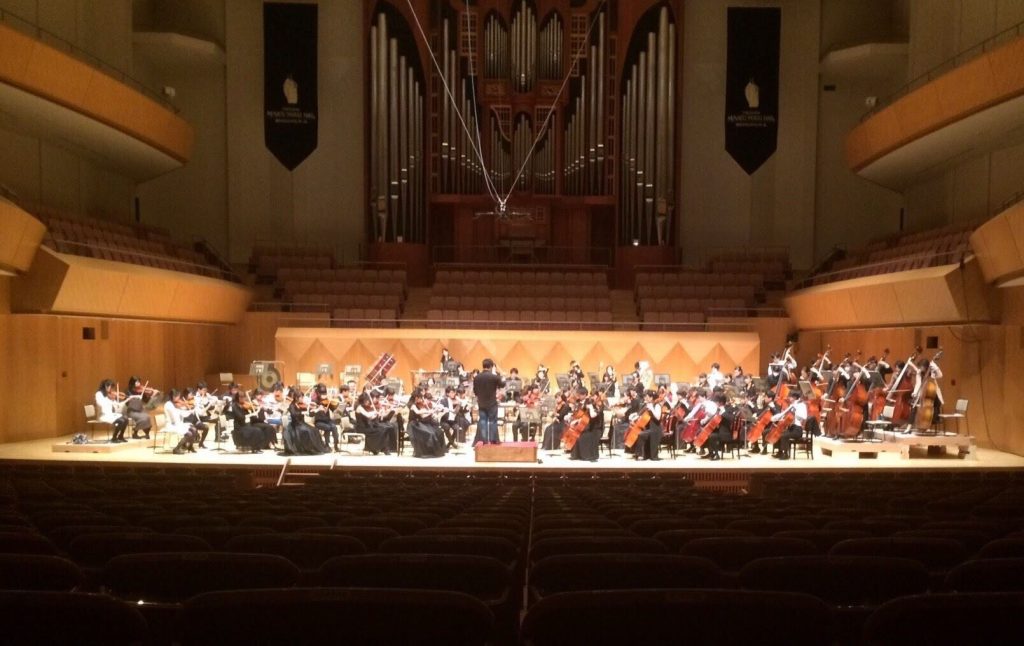 Because of the experiences I have had, my life has been meaningful. Even when I cannot express my complicated feelings with words or I come up against some difficulties, music makes my feelings calm and I feel encouraged. Sometimes it is more powerful than words can describe. Moreover, I have met a lot of awesome people through music. Not only music players regardless of their states (professional or not), but also people who are connected with music even a little, for example, our concerts goers and stage managers. In fact, I had an opportunity to play the Japanese drums in Cairns although I hadn’t contacted them. When I got the opportunity, I realized that music always makes connections. After all, I cannot imagine my life without music. I’ll probably join a music group and keep playing in the future. As I know that the more I’m with music, the more elated my life becomes. What has been the biggest influence in your life?

8 thoughts on “How music has influenced my life”